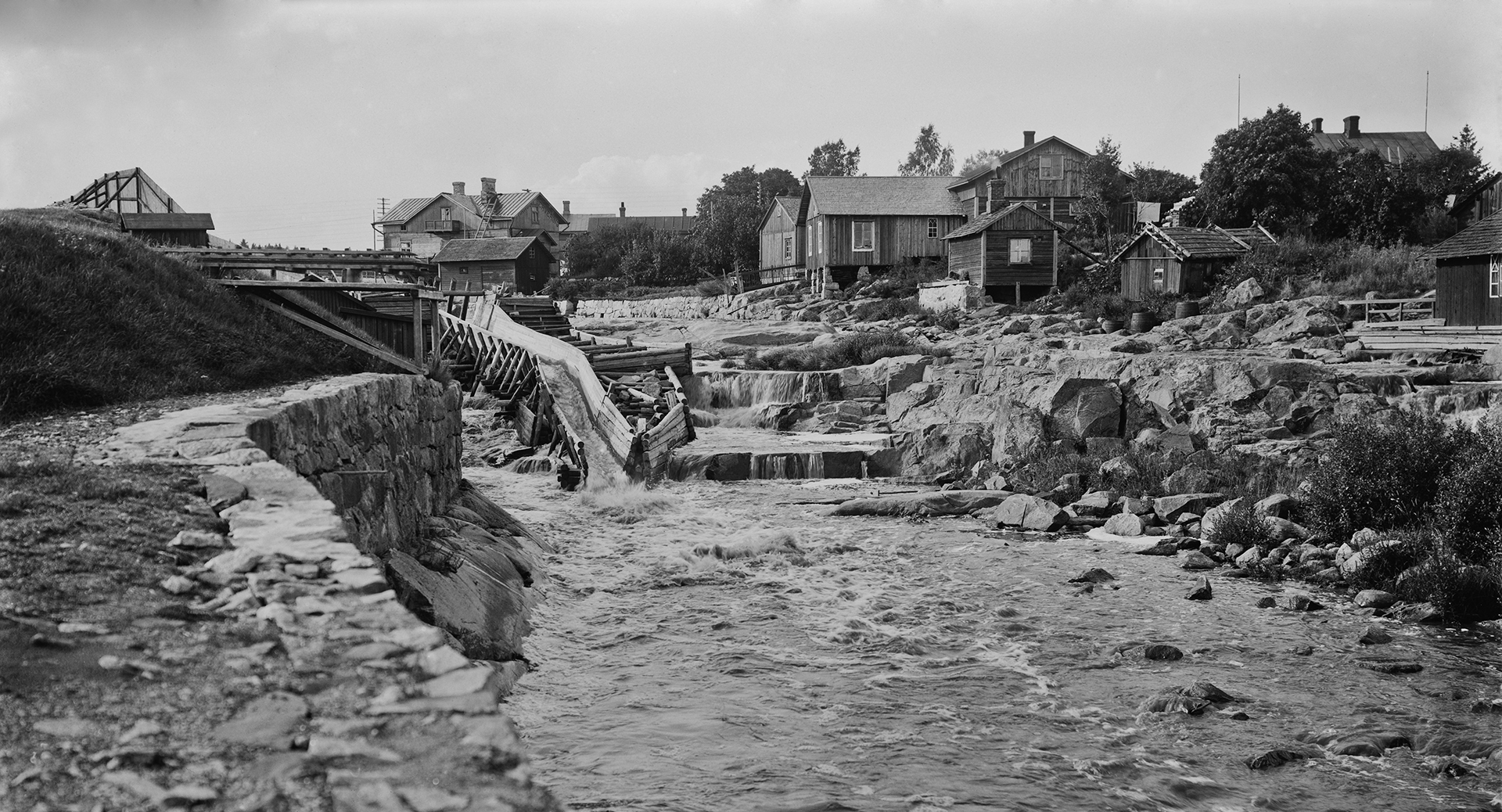 The birthplace of Helsinki – part of history

Koskenranta is located in a historically and culturally valuable setting, by the eastern branch of the Vanhankaupunginkoski rapids. Helsinki was established by King Gustav I Vasa of Sweden in the 1550s, at the mouth of the Vantaanjoki river on the site of the medieval village of Koskela. The idea was to compete with the city of Tallinn for trade. A king’s manor was founded on the estuary island between the river branches, and a church was built in 1553.

Due to continuous flooding, Per Brahe the Younger ordered the transfer of Helsinki’s administrative centre to Vironniemi by the sea in 1640.

The waters of the Vanhankaupunginkoski rapids were harnessed for mills in the 1500s. As technology advanced, geared mills became more common and two were once located at the Vanhankaupunginkoski rapids. Some mills were only used for part of the year, because their operation was hampered by fluctuations in water flow. The sawmill industry also developed at the end of the 1600s and, thanks to growing demand, new sawmills were established by the Vanhankaupunginkoski rapids. When Helsinki became the capital city in 1812, steady demand for sawn goods was guaranteed on the Vantaanjoki river waterway. As the economy developed, the waterway became more important as a traffic route. In the spring and autumn, logs were floated to sawmills and sawn timber was taken further on to Helsinki.

The Vanhankaupunginkoski millstones ground to a halt in 1915, heralding the beginning of a new era. Grinding was transferred to steam-powered mills. Log driving continued on the Vantaanjoki river and its largest tributaries throughout the inter-war period, but ended in the mid-1950s. The Nukari sawmill, the last water-powered sawmill, was wound down in 1963. Very few watermills remained after the transformation.

The Koskenranta property as part of history

The Koskenranta property is the former water flow laboratory of Imatran Voima Oy, a state-owned hydropower company. When the harnessing of rivers, such as the Oulujoki, began, a laboratory was needed for practical tests of water flow. The property’s small hall, which now houses the Koskenranta restaurant, was commissioned in 1946. Physical scale models of power plants were created in the hall, to study the flow of water.

Scale model tests included studies of water flow on log driving routes, in order to modify the natural waterway into an unimpeded log driving channel. Models were also made of bridge and harbour structures in relation to water flow, with the know-how gained being transferred to waterway construction.

The big hall (which now houses the Wirtaamo event hall) was completed in 1959 for larger projects, such as harnessing the Kemijoki river and building the Saimaa canal. Model tests, commissioned by the National Board of Public Roads and Waterways, included filling and emptying the Saimaa canal locks.

A laboratory for hundreds of model tests

Several hundred model tests were conducted in the water flow laboratory; almost all large waterway construction works in Finland were tested in the laboratory at some planning stage or other. Model tests were used to support planning, as they ensured a safe and functional final result. Model tests enabled the planning team to take account of environmental concerns, verify the project as a whole, and take advance note of the views and requirements of designers, decision-makers and the authorities.

In the 1960s, plans to use the water routes for river traffic were modelled, alongside harbour structures with breakwaters and clearing. In the 1970s, the key projects were model tests of thermal power plants to investigate gases, dust, water and other substances flowing in the processes, during both normal use and malfunctions. The water supply and continuous flow of water masses in the Silvola artificial lake, built as a reservoir for the City of Helsinki’s household water supplies, were modelled in the water flow laboratory.

Environmental protection has also played a strong role in the laboratory’s work. Models were used to test structures such as fish ladders, which help migrating fish to enter waters above hydropower plants or dams.

Both halls housed huge sand basins in which river basins and water routes were built in imitation of the modelled feature. When interviewed, one man with a long career at the laboratory likened it to a playground for big boys rather than a place of work. The work was so varied and interesting that it scarcely felt like work at all.

In the early days of the water flow laboratory, water from the rapids was fed into the hall along a wooden pipe. However, the wooden pipe was removed to make way for a fish ladder, after which mains water was used. The old pumps can still be seen in the Wirtaamo festive hall, the ceiling retains its red water pipes with feed valves, and the control room building stands on the long side by the rapids.

The Koskikabinetti meeting room used to be the laboratory manager’s office. Its dark wooden panels are original and the old-time fireplace/baking oven is still there.

A statue of a fishing boy stands by the wall on the side of the rapids. According to legend, the statue was known as Little Brother by the workers, who considered it their mascot.

The Koskenranta property is the former water flow laboratory of the state-owned hydropower company Imatran Voima Oy. In 2003, the laboratory’s operations were terminated as they were considered obsolete. The building stood empty for a couple of years until Imatran Voima decided to hand it over in 2006. A private person performed a major renovation of the property and it became a car museum with around 60 vehicles, while the laboratory’s older and smaller section became a museum cafe for visitors. Since its days as a car museum, the property has been used by several restaurant owners and event producers, until it was purchased by the current owners in early 2014. 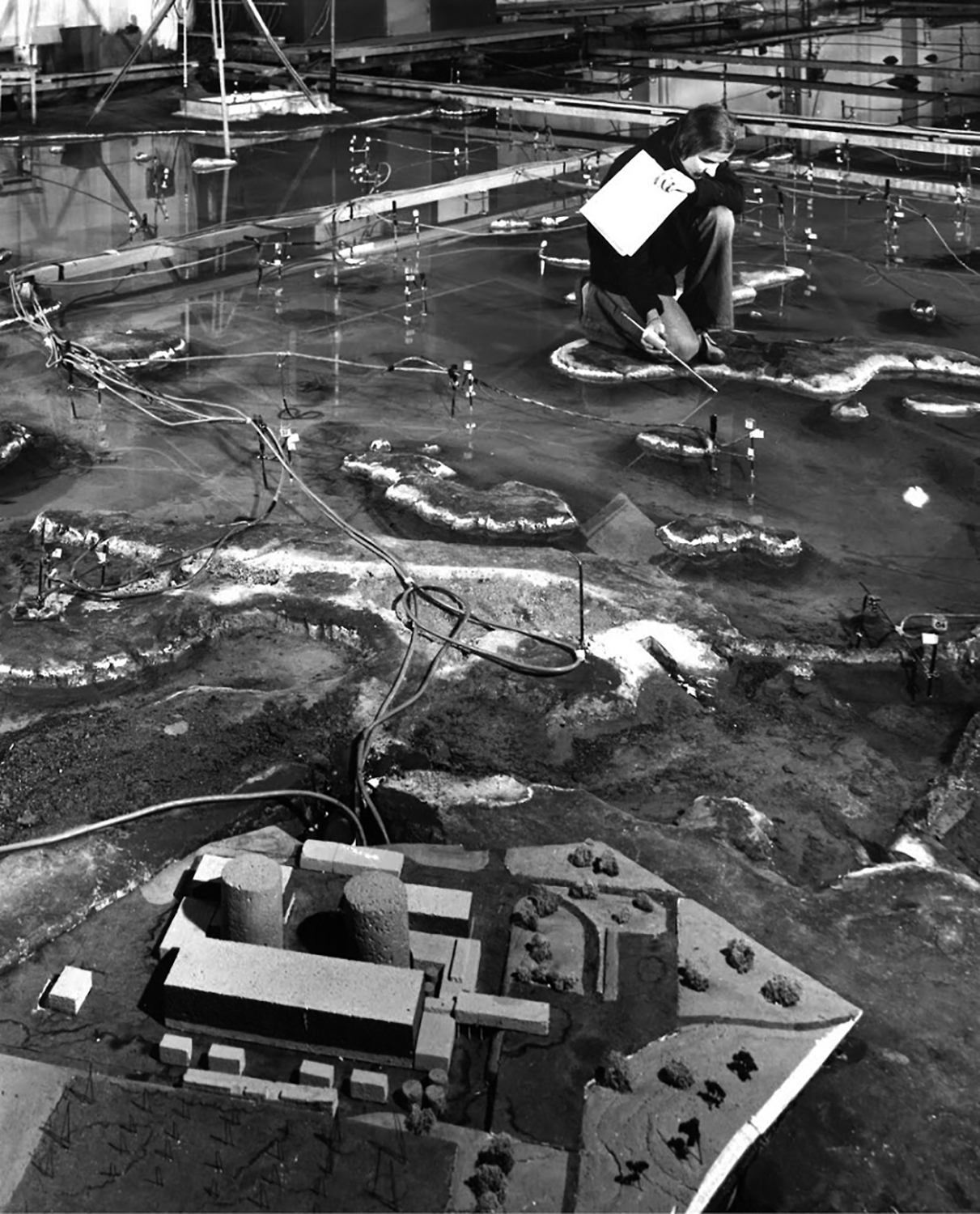 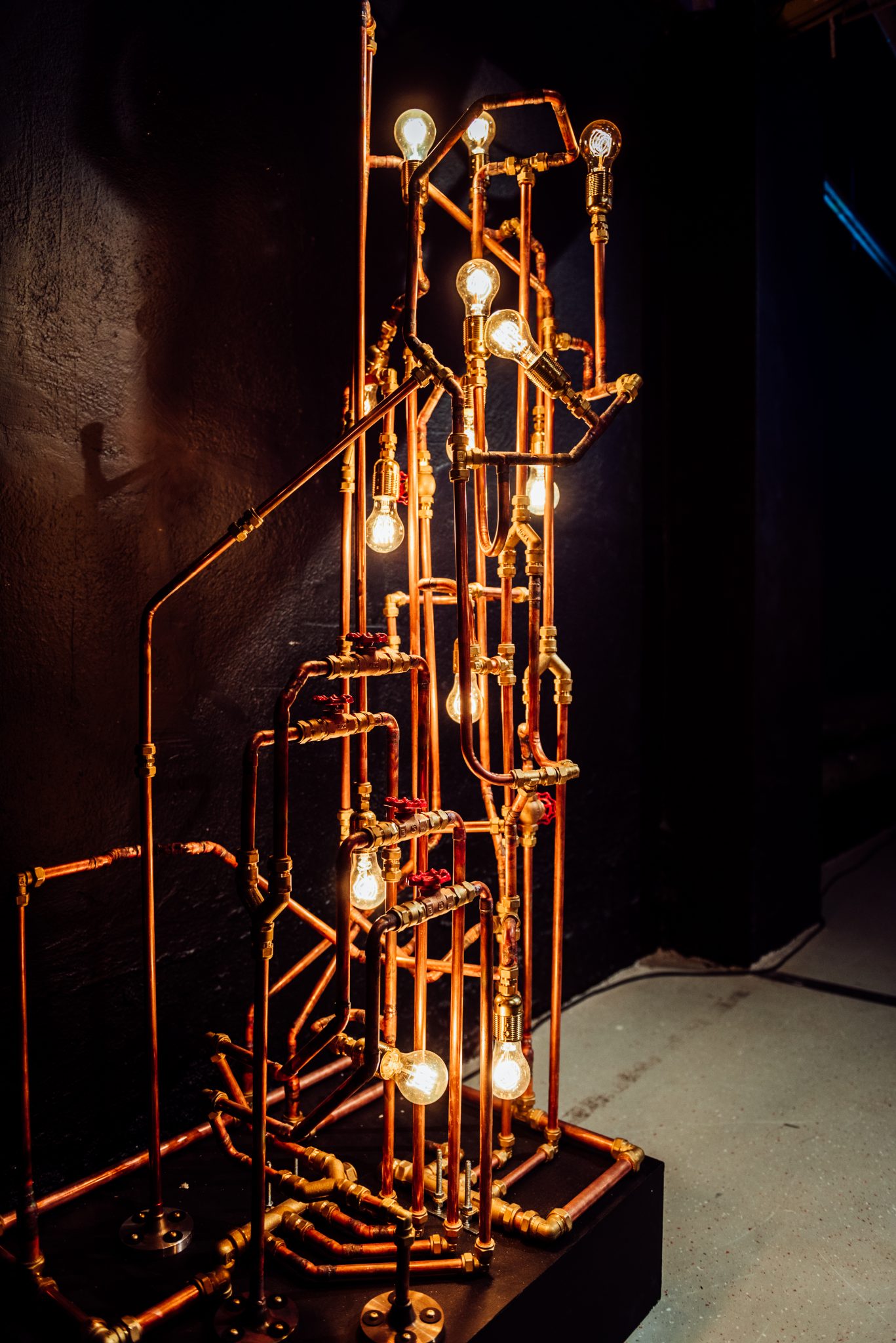 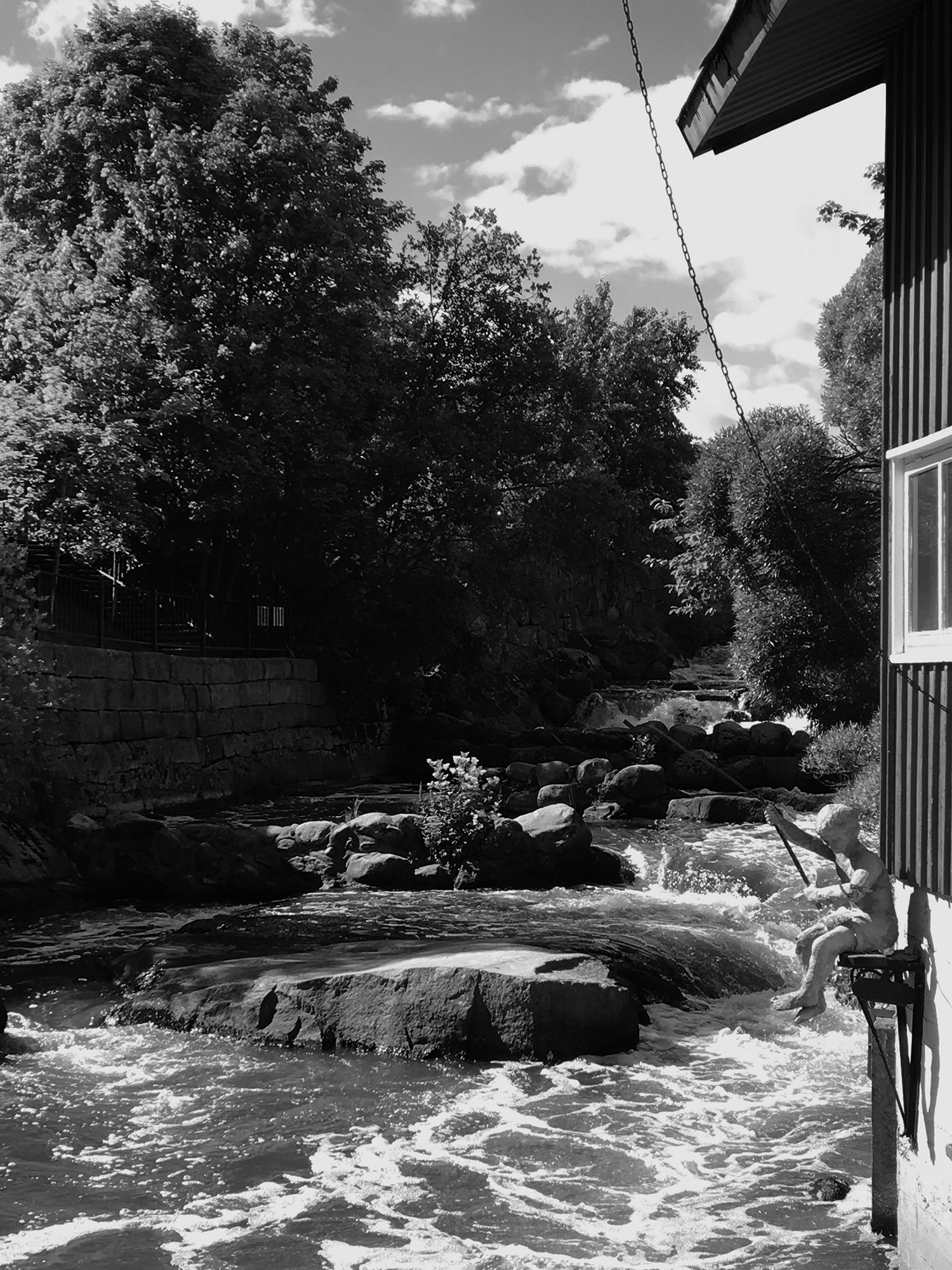